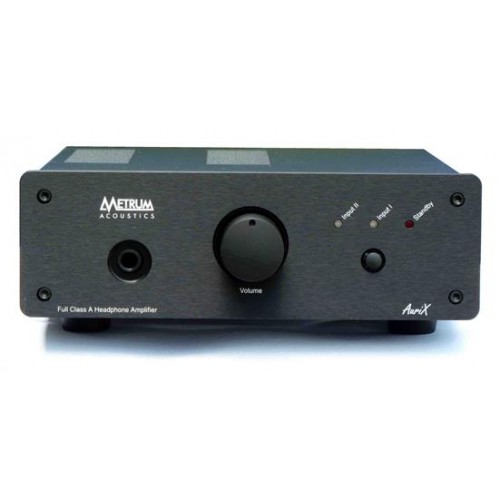 When we were requested to develop a headphone amplifier, for sure that had to be something special .Also the product had to be combined physically with our Octave DAC MKII.
The result is the Aurix. Not an ordinary design like many  but a real improvement on existing principles. Rather than using  transistors  or tubes  for amplification a special step-up transformer is used. Said solution solves many problems as known in regular low gain amplifier designs and provides a very transparent sound image.Only two FET transistors are in the signal path as an impedance converter ( source follower, no amplification )  and it is this property where a  FET transistor can do an extremely good job and delivers a very high bandwidth having low noise and low distortion . The first Fet is used as an impedance converter to drive the step-up transformer. The second FET is used to drive the headphone. The circuits  are running  in full  " Class A " so that a relatively large heatsink is required to flow the heat . Besides the amplifier part we have used a lot of electronics just for creating the right conditions for the amplifier part and protecting your headphone against subsonics , offsets , pops and clicks. The result is a sound that is mainly determined by the connected source.
Because of the many requests we received from both customers and dealers we decided to focus on the development of a headphone amplifier. Over half a year later, we do not just have the headphone amplifier, but a new way to preserve the integrity of the analogue signal.

During development it proved impossible not to make concessions if the designer would have utilized one of the already established techniques. Therefore this particular route was abandoned and a design was created where voltage gain is achieved via a so-called step-up transformer, instead of transistors or tubes. Only two FET transistors are utilized to convert the signal from the step-up transformer into power, which plays into the strength of these semiconductors.

By utilizing this method the Aurix has become a design free of concessions, where the integrity of the sound of tube-amps is combined with the compact practicality of the transistors, without any of their inherent flaws.

The Aurix is a 100% class A amplifier with a very high signal-to-noise ratio and almost no distortion. Because feedback has not been implemented in the design the Aurix has no degradation of the incoming signal in terms of dynamics and imaging.

In order to ensure the Aurix is flexible and applicable for most headphones it has two gain factors so that both low and high impedance headphones can be utilized. Aside from that the Aurix is equipped with two controllable analogue inputs that, in case no headphone is connected, can loop the signal back to your set. This allows the Aurix to be permanently installed in your hifi-set without you ever having to switch the cables around.

The Aurix’s appearance is made the match the Octave Mk II, but works very well with all high-end analogue sources such as the Hex DAC.

It is available both separate and in combination with either Octave Mk II or Hex with an attractive discount.  See options. 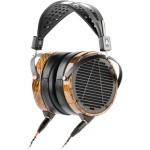 The design of our LCD-3 has remained largely unchanged since its inception, and for good reason. Th.. 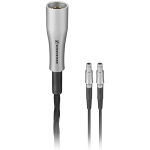