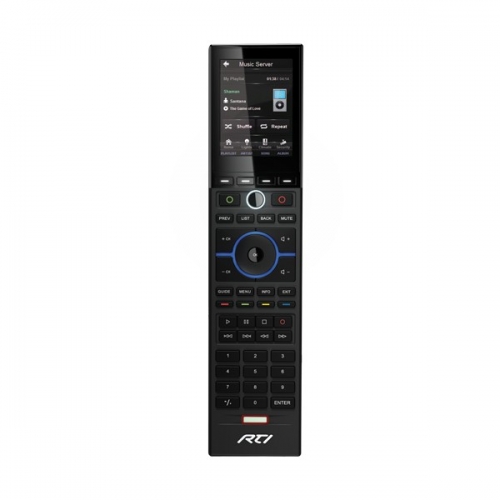 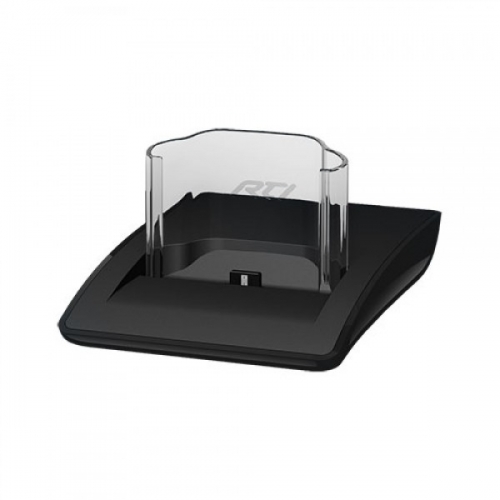 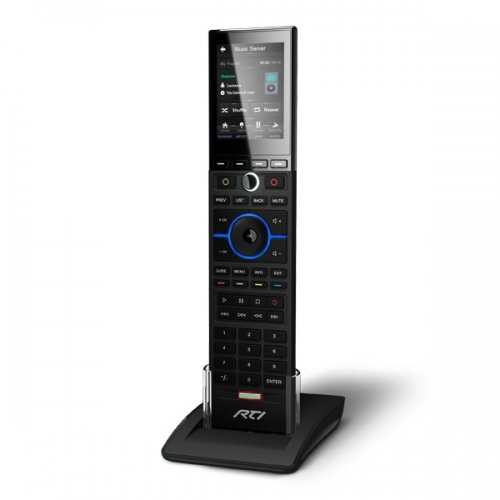 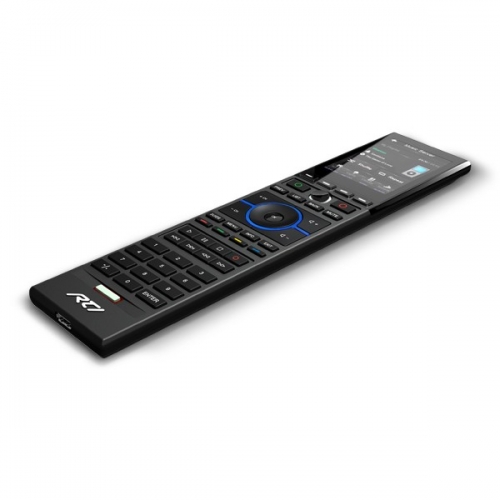 Offering many of the features of a high-end remote control, such as a color touchscreen, dual-RF capability, and fully programmable interface, the sophisticated device allows users to leverage advanced technologies at a budget-friendly price.

Setting a new standard for stylish innovation, the T2i, along with RTI’s newest lineup of remote controls, brings customers a thinner, sleeker, more ergonomically designed controller. The remote’s extensive list of innovative features includes an accelerometer for rapid “instant-on” control, a flush-mount 2.8-inch edge-to-edge LCD touchscreen, a cursor button for simple list navigation, and a backlit keypad for continued control within darker settings. For even further simplicity and convenience, the T2i provides 47 programmable keypad buttons including four buttons with removable keycaps that can be custom engraved using the RTI Laser Shark service.

For the ultimate in reliability, the T2i includes two built-in wireless modes. In addition to direct IR control with a wide IR transmitting frequency range, the remote features RTI’s revolutionary dual-RF platform — supporting both 433-MHz RF for one-way control and 2.4-GHz ZigBee® for bi-directional communication with RTI processors and supported third-party electronics such as music servers, lighting and HVAC systems, and many more. During downtime, the T2i handily slides into a minimalist docking station, which features a connector for an even more reliable charging process

All specifications subject to change without notice
* Two-way feedback available only when used with RTI control components.