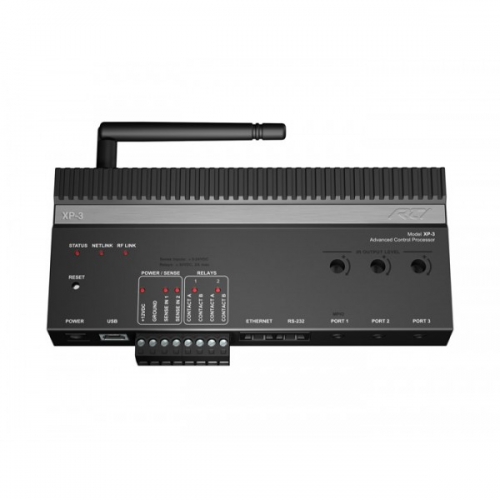 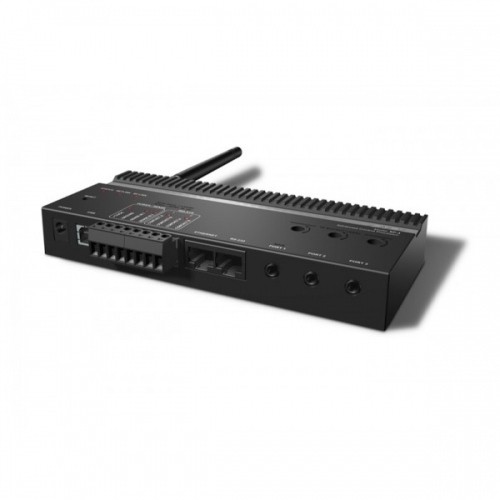 The XP-3 is a powerful remote control processor designed to automate and enhance the operation of electronics in smaller scale residential and commercial installations. With a robust 533MHz CPU and 128MB of nonvolatile flash memory, the
XP-3 improves the whole user experience, providing a much higher degree of control and automation than using a stand-alone remote control. The processor offers a remarkable value with an impressive feature set that is unmatched in its class – including a built-in astronomical clock for time-based events and support for ZigBee® wireless transmission bi-directional communications with compatible RTI remote controls. The XP-3 delivers rock-solid control and automation of today’s sophisticated electronic environments.

Boasting a powerful 533MHz CPU and 128MB of nonvolatile flash memory, this processor packs a big punch at a moderate price. With a built-in ZigBee® transceiver
and support for wireless bi-directional communications, the XP-3 can provide the user with rock-solid control and feedback from devices such as music servers, lighting, security, and much more. The XP-3 can also be configured to support one-way control via non-Ethernet enabled RTI in-wall products (Ex. RK1/RKM-1/RK2) and 433MHz remote controls.* For complete control in any room, the XP-3 even allows powerful two-way control with Ethernet enabled RTI in-wall controllers, and full support for the RTiPanel and Virtual Panel Apps.

The XP-3 control processor's power really becomes evident when you see the list of features normally reserved for higher-priced processors, such as a built-in astronomical clock, Ethernet, and relay control and sensing. There are also two IR output ports with routing capability and a multi-purpose I/O port will accept an IR emitter or RTI accessory devices for voltage sensing or one-way RS-232.