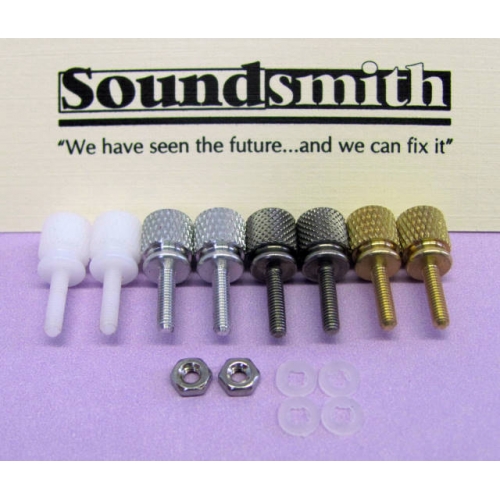 Sold in sets of 8 screws, one pair of each material (nylon, brass, aluminum, and stainless steel). They are 10mm long and include two non-magnetic SS nuts as well as four captive nylon washers; Nuts may also be used repair threads if screws are shortened (turn nut on first, then remove to clear threads).

These EZ-Mounts also allow those who use Soundsmith VPI “Counter-Intuitive” to not have to move the counterweight forward due to the slight increase in weight caused by the Intuitive; there are cases where ultra-light cartridges and VPI counterweights are already near the most forward part of the rear of the arm, and the use of the “Intuitive” would require moving it farther forward (which can’t be done).